What Are the Benefits of Biometrics for Access Control?

Automatic Gates Installer Company – What They Don’t tell you

The main benefits of using biometrics for access control are security, convenience, and reduced costs.

Inherent to the user

Since biometrics use a person’s unique biology to verify their identity, it is extremely difficult for them to be taken or used by anyone other than the intended user.

Biometrics, however, are generally much harder to spoof because most modern biometric systems use liveness tests to ensure that the biometric data is coming from an actual human and not a forged replica.

With biometrics admins can instantly grant or revoke access permissions directly from the console dashboard, allowing them to ensure only active, non-suspended users are given access.

Can’t be lost or forgotten

Biometric access control systems are remarkably convenient in that they allow authorized users to access the facility without needing anything other than themselves.

Unlike traditional access tokens which can be lost, or passwords that can be forgotten, your biometric code is always with you, so you’ll always have it when you need it.

Your biometric ID is always at hand, so no more fumbling in your pocket for a fob or ID card. With biometric systems, your hand is your ID.

Most biometrics are able to identify users in under a second, eliminating the inefficiency and time delays caused by manual identity checks, passwords, or PINs.

Biometric access control systems can save companies money by reducing the need for dedicated security staff to man access points. According to Salary Expert, The average salary for a gate guard in the US is about $32,000 a year. Add this to the fact that multiple guards are needed for different shifts, and the cost of employing guards to man access points becomes significantly high.

Access control systems that use physical tokens such as keycards and fobs incur an extra hidden cost: lost token replacement rate. Lost cards and fobs are an all-too-common occurrence. For example, a study done by Tile on lost student ID cards found that:

And this doesn’t even account for the time lost by administrators going through the process of replacing them.

The cost of potential security breaches outweighs the previous costs by an order of magnitude. In manufacturing facilities, for example, the use of machinery by unauthorized persons can void the warranty of the machine, creating enormous out-of-pocket costs to repair if it breaks.

What are the different types of biometrics for access control?

There are four biometrics that are most commonly used for access control:

Palm vein is a relatively new biometric that works by using infrared light to map the unique vein pattern of the palm. Unlike other biometrics, this pattern is internal to the body, which gives it several unique advantages that make it ideal for access control applications.

Palm vein is arguably the most secure biometric due to how difficult it would be to reverse engineer. Since the biometric pattern is never exposed to the world, it would be extremely difficult for a hacker to build a replica that could be used to spoof the scanner.

Additionally, built-in liveness tests ensure that even if a person could somehow gain access to your palm-vein pattern and create a perfect replica of it, they still wouldn’t be able to fool a scanner since actual blood flow is required.

Due to the large surface area being captured (the entire palm as opposed to just a fingerprint, for example), palm-vein captures more data points than any other biometric, making it the most accurate biometric on the market.

As such, the palm vein has the lowest False Acceptance Rate (FAR) and False Rejection Rate (FRR) of any biometric.

A palm vein records an internal rather than an external biometric. So unlike facial recognition (which can be captured from a distance without consent), palm vein can’t be captured without a user’s direct interaction with the scanner.

This is why the palm vein is uniquely privacy-by-design.

This makes it a more trustworthy choice for users, while also making it easier for companies that use it to gain compliance with privacy regulations around the world (such as the GDPR).

Although this hasn’t been practically demonstrated yet in real-world scenarios, extreme cold weather could theoretically reduce scan effectiveness due to cold temperatures restricting blood flow.

When most people think of “biometrics,” fingerprint is probably the first thing that comes to mind.

Today, it is used for a large variety of different applications, from identifying suspects at the scene of a crime and conducting background checks to authenticating payments and unlocking mobile devices.

While price can vary significantly depending on the type of scanner, fingerprint is generally a very cost-efficient technology. This makes it particularly suitable for mass-production, hence its popularity as the go-to biometric in virtually all modern smartphones.

Fingerprint’s popularity as a biometric means that most people are already familiar with it, reducing the need to educate or train people on how to use it.

Susceptible to wear, damage, and change over time

Fingerprints, more so than any other biometric, are vulnerable to wear and damage. Cuts, abrasions, and scars can alter fingerprints significantly enough that fingerprint scanners are no longer able to properly identify a person who was previously enrolled in the database.

Of all the biometrics mentioned here, the fingerprint is the only one that requires physical contact with the device. This makes it less suitable for applications where top-notch hygiene is especially important, such as in restaurants, food manufacturing facilities, and hospitals.

Susceptible to being collected and replicated by third parties

Since we leave our fingerprints on everything we touch, they are vulnerable to being collected by a third party. Once collected, they can be forged in a number of ways, such as via 3D printing. This makes less-advanced scanners (that don’t have built-in liveness tests) vulnerable to spoofing.

The unique, highly-detailed pattern of the iris makes it a natural choice for biometrics.

Iris scanners use infrared light and high-resolution cameras to create a detailed map of the iris, then convert this information into a template that becomes a person’s biometric ID.

A person’s iris patterns remain identical throughout their lifespan, making them a highly stable option.

Because of the rich level of detail in the retina, scanners are able to capture a high number of data points, making it a highly accurate biometric. This accuracy is further increased in scanners that scan both eyes.

Can be captured from a distance

Modern iris scanners can capture a person’s iris biometrics from over 40 yards away, creating privacy risks that are similar to facial recognition (albeit less extreme).

Face recognition has gained a lot of popularity recently. In airports, for example, airline companies are using this biometric as a way to quickly and conveniently identify travelers, reducing lines and allowing them to board more quickly.

However, this has created controversy because of the privacy concerns this technology poses. Unlike other biometrics, facial recognition can be captured from a distance, making it possible to be captured without consent.

Facial recognition is probably the easiest-to-use biometric since the person doesn’t actually need to do anything to be identified. Recent smartphone models, for example, allow users to automatically unlock their phone just by looking at the screen.

Since it can be captured from a distance, facial recognition opens up the possibility of being captured without consent, creating potential privacy and legal risks.

This isn’t a problem when it’s used on personal devices such as phones, since the biometric data stays on the device. However, when used in public to automatically identify people, facial recognition creates major privacy risks.

Facial recognition has a higher False Acceptance Rate (FAR) and False Rejection Rate (FRR) than any other biometric. This is because it 1). FR measures fewer data points than other biometrics, and 2). Changes in appearance (such as facial hair, glasses, makeup, etc.) make it more likely to return a false negative. 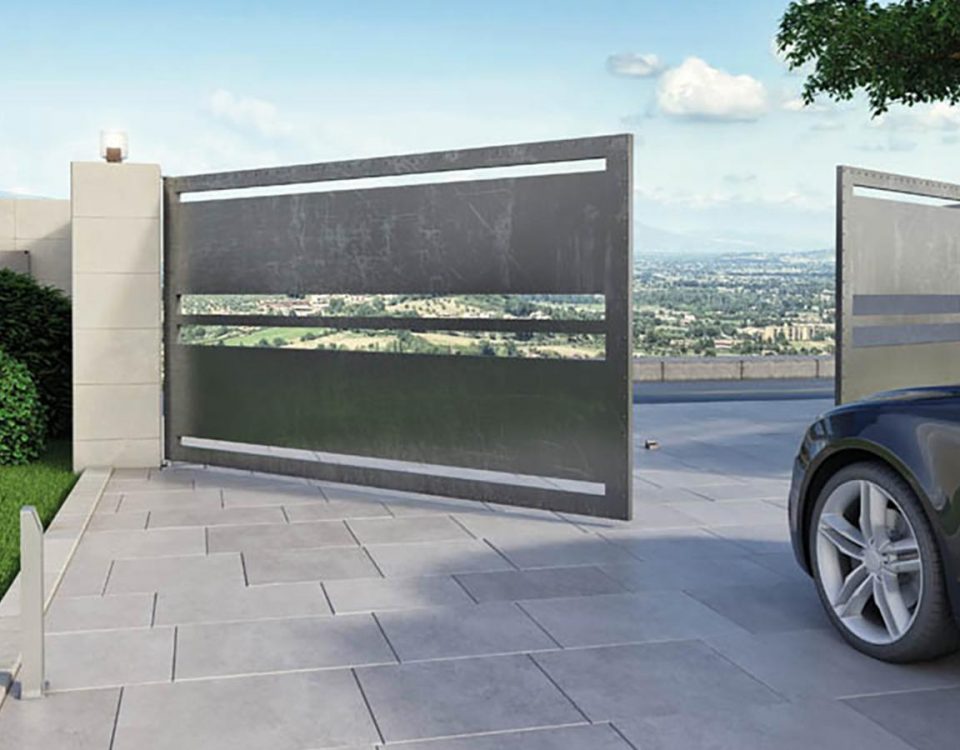 Automatic Gates Installer Company – What They Don’t tell you